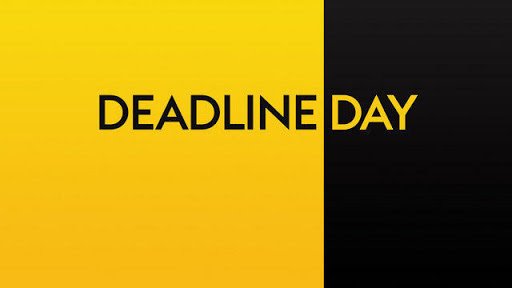 Everton and Fulham stole the show on the Premier League’s transfer deadline day, as both clubs welcomed several eye-catching signings.

Marco Silva’s Everton looked to be heading into the 2018-19 season having only strengthened with Richarlison and Lucas Digne, but on Thursday they found agreements with Barcelona for Yerry Mina and Andre Gomes, while Brazil international Bernard signed on a free transfer following his Shakhtar Donetsk departure.

Colombia defender Mina, who impressed in the World Cup, could eventually cost €31.75million, while Gomes arrives on a season-long loan.

Fulham also made some potentially smart signings, with Andre-Frank Zambo Anguissa and Argentina international Luciano Vietto arguably chief among them – the latter joining on loan from Atletico Madrid with an option to buy.

Following Vietto to Craven Cottage from Spain is his former Sevilla team-mate Sergio Rico, who also joins on a temporary deal, but Fulham do not have a purchase clause for the Spain international.

Left-back Joe Bryan secured a reported £7m switch from Bristol City after a strong season in the Championship and will hope to form a strong partnership with the highly rated Ryan Sessegnon, while Timothy Fosu-Mensah strengthens Fulham on the right side of defence following a loan departure from Manchester United.

All of the Everton and Fulham dealings materialised close to the deadline, while the early stages of the day were dominated by Chelsea, who confirmed Mateo Kovacic’s arrival after signing Kepa Arrizabalaga late on Wednesday.

Chelsea made Kepa the world’s most expensive goalkeeper at £71million and Kovacic joined on loan from Real Madrid.

Wolves have enjoyed a very successful close-season on the transfer front and they wrapped things up by bringing in Belgium international Leander Dendoncker on loan.

By contrast, fellow promoted side Cardiff City had endured a poor transfer window in the eyes of many after missing out on several targets, but they at least bolstered their midfield options with Harry Arter and Victor Camarasa on Thursday.

It was also a good day for Leicester City, who, not only managed to keep hold of Harry Maguire amid reported interest from United, but also brought in the well-regarded young defender Caglar Soyuncu from Freiburg, tied Jamie Vardy down to a new deal and signed Croatia Under-21 international Filip Benkovic.

Brighton and Hove Albion secured defensive reinforcement in the shape of former Barcelona right-back Martin Montoya, who joins from Valencia on a four-year deal.

Much has been made of Newcastle United’s reported internal issues in recent weeks, but they at least signed Federico Fernandez from Swansea City, who also lost Jordan Ayew to Crystal Palace.