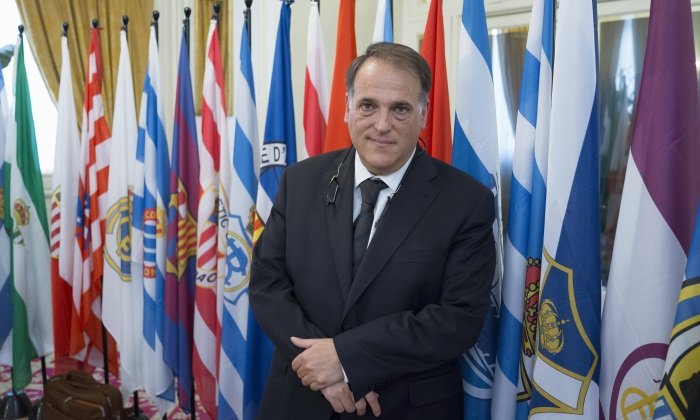 Inter have confirmed they will take legal action against Javier Tebas, the president of LaLiga.

In an interview with ABC, Tebas criticised Inter over the club’s pursuit of Real Madrid midfielder Luka Modric.

Madrid have made a complaint to FIFA accusing Inter of making an illegal approach for the Croatia star and Tebas subsequently weighed into the row.

The LaLiga chief suggested Inter had offered Modric “an awful lot of money” despite having “no money”, allegations that have angered the Nerazzuri.

“Inter announces that it will take legal action against Mr Javier Tebas in the face of statements made today in the press,” read the club’s statement.

Lega Serie A also hit out at Tebas over the comments he made to ABC.

“The Lega Serie A is surprised and upset by the declarations of LaLiga president Javier Tebas,” said the league’s statement.

“These comments were made without having any knowledge, yet damage the reputation and put into doubt the integrity of two Italian clubs and the league.

“Lega Serie A cannot passively accept comments that use the media to destabilise us on the international stage.

“Serie A clubs operate within the parameters set by all international rules, which is why Lega Serie A is going through a period of great optimism and enthusiasm, shared by media and fans all over the world, who grew exponentially in recent seasons.

“At the start of a season that will bring four Serie A clubs back into the Champions League group phase, we are certain that the rediscovered spirit and prestige of Serie A should not frighten opponents, but rather motivate the European panorama towards new heights of competitiveness and entertainment.”