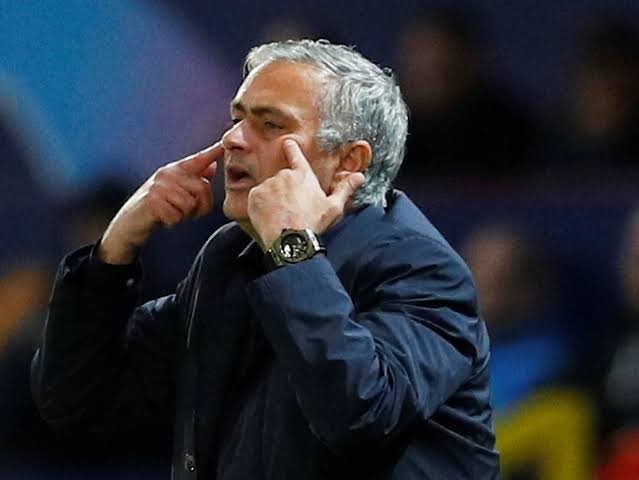 Manchester United manager Jose Mourinho says he has been the subject of a “manhunt” and that some of his players have struggled to cope with it, describing them as “sad” and “scared”.

United came from 2-0 down to beat Newcastle United 3-2 in a dramatic Premier League clash at Old Trafford on Saturday, the result coming amid mounting pressure on Mourinho’s position.

The Portuguese says the speculation regarding his future and unrest in his squad has had an unpleasant “wickedness” about it, claiming certain players have found it difficult to perform under the circumstances and singling out Marcus Rashford and Scott McTominay.

“I think clearly some of the players, despite not being the man that is hunted, I think they are not coping well with it.

“The way they started the game was absolutely panicking. Every ball that was in our box, I thought even in some moments we could score an own goal. It’s not easy for them.

“For me it’s not easy too, but I think life is made of experiences and some are new, some are deja vu, but this is new. But it makes me not just a better manager but a better person, because I understand things in the human nature nowadays and in the industry in which I work.

“I used to love it and I still love it, but it’s different. [There is] a lot of wickedness. Too much wickedness in something that should be beautiful.

“But clearly some of the boys… Marcus Rashford was sad on the pitch, Scott McTominay was scared on the pitch. And even all the players they commit mistakes that are not normal.

“Of course they gave everything and I don’t want to say we were lucky because we fought so much for that. I think the boys deserved it, but even if the game finished 2-2 the feeling would be positive because nobody can promise to win matches, but a professional should promise to give everything and that’s what they gave.”

Asked whether Saturday’s victory would ease the pressure on his job, Mourinho indicated he expected to continue shouldering plenty of blame.

“As a friend of mine was saying to me this morning, if tomorrow it rains in London it’s my fault,” he added. “If there is some difficulty to have the agreement for Brexit, it’s my fault.

“I have to be ready for all of this. I think there is a lot of wickedness and a clear manhunt that I think is too much, but it’s my life.

“It’s the life I love, the life I worked for since I was a kid and I will love until my last day. It’s one more experience in my life.”