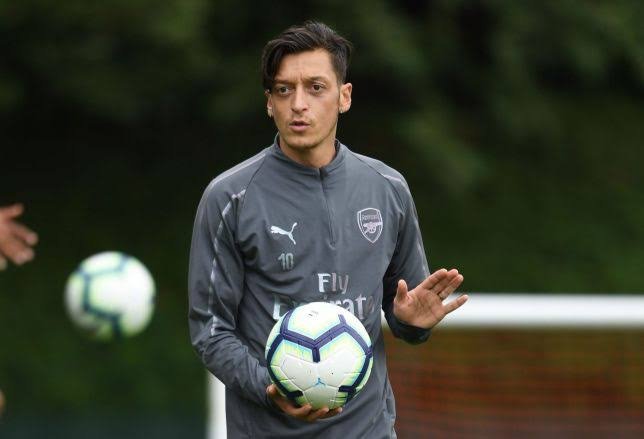 Ozil retired from Germany duty after he was heavily criticised for being photographed Turkish president Recep Tayyip Erdogan prior to the tournament. The midfielder said in a three-part statement, which strongly criticised the German FA (DFB), that the meeting “had no political intentions”. But Ozil is not holding a grudge as he confirmed in a question and answer session on social media that he will still support Germany. “I’ve always been supporting the DFB Team since my childhood and I’ve still many friends playing for the German National Team,” Ozil wrote on Twitter. “Of course I’m still supporting the team!” Former Real Madrid star Ozil also told his followers that the Santiago Bernabeu is his favourite stadium to play at, while backing under-pressure coach Julen Lopetegui. “Tough situation at the moment, but I’m sure they will be back on top soon!” Ozil added. Ozil will be in Europa League action with Arsenal away to Sporting CP on Thursday.