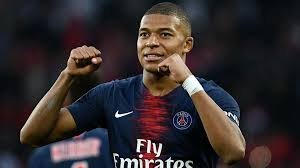 Mbappe, 19, has made an impressive start to the season with 13 goals in 11 games for PSG.

But the teenager was questioned by Spain and Barcelona great Xavi, who said Mbappe still lacked “football maturity”.

In response on Monday, Tuchel backed Xavi, but said it was normal that Mbappe still had room for improvement.

“It’s normal for him to get better. He’s 19,” he told a news conference ahead of PSG’s Champions League clash against Napoli.

“He’s amazing. He’s one of the best players in the world and he’s going to be the best.

“Xavi is right. He needs to improve on everything, it’s totally normal when you’re 19.”