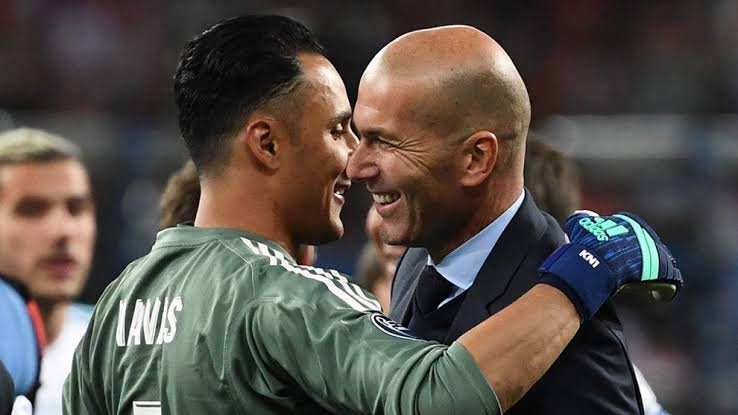 Keylor Navas insists he never lost desire during his time out of the Real Madrid first team and slammed suggestions his levels dropped in training.

Zinedine Zidane marked his return to the Madrid dugout by restoring his old number one to the starting XI, with Navas making a stunning early save from Maxi Gomez before the similarly recalled Isco and Gareth Bale sealed the points after half-time.

Julen Lopetegui and Santiago Solari both settled upon Thibaut Courtois as their number one but, with Zidane back in charge, three-time Champions League winner Navas is the man in possession once more.

“Zidane is very sincere, he talks to everyone face to face, and I think that the player thanks him for that,” the Costa Rica goalkeeper told reporters.

“When I talk to Zidane and he tells me what he’s thinking about, I’ll give him an answer.”

Navas also had a retort to critics suggesting he had trained badly after falling behind Courtois in the pecking order.

“He who said that has to go to confession, or he does not know me or has not gone to Valdebebas [Madrid’s training base] in his life,” he said.

“You can ask anyone, from the one who cleans the floor to those who train with me, what my behaviour has been. It makes me laugh.”

On the contrary, Navas insists he kept working hard under Solari – whose departure he certainly does not seem keen to dwell upon.

“I never lost the desire to work,” the 32-year-old added. “[Solari] had his decision and he was firm with what he thought was the right thing to do.

“It’s not worth talking about the time with him, he is not here anymore. I leave this time stronger, with more desire and ambition.

“I [feel] like when you put your shoes and your uniform on for the first day of school.”