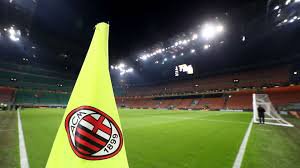 AC Milan are set to launch an anti-racism task force to tackle discrimination in Italian football.

Milan’s initiative had been several months in planning but, following several high-profile incidents in Italian football, they accelerated matters to launch at the Derby della Madonnina against bitter rivals Inter on Saturday.

The contest has been rebranded the “Derby Against Racism”, as the Rossoneri aim to “demonstrate solidarity with some of the most high-profile targets of the negative behaviour”.

The decision to bring the announcement forward comes in the wake of Milan midfielder Franck Kessie and Inter forward Romelu Lukaku suffering alleged racist abuse during matches in September.

An Italian football pundit was also suspended from television show TopCalcio24 for using a racist remark when praising the performances of Lukaku.