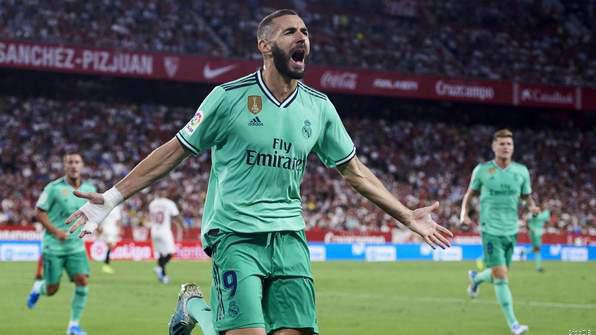 Real Madrid responded to their humbling Champions League loss at the hands of Paris Saint-Germain by winning 1-0 against Sevilla thanks to Karim Benzema’s second-half header.Los Blancos had won just two of their first five games in all competitions and the 3-0 defeat in the French capital in midweek had raised further questions about head coach Zinedine Zidane’s long-term future.However, they got back to winning ways in a drab LaLiga contest in Seville as Benzema nodded home the game’s only goal in the second half.Madrid, who moved onto 11 points – level with leaders Athletic Bilbao – also kept their first clean sheet of the campaign as Sevilla failed to register a shot on target across the 90 minutes.