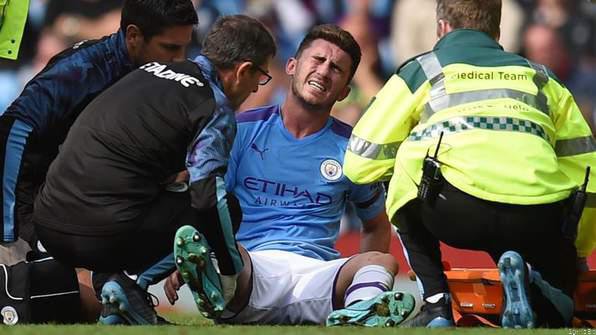 Pep Guardiola has admitted that Manchester City “won’t be able to buy in January” after injuries and departures have decimated his defensive options.

It began in the summer when long-standing captain Vincent Kompany left for Anderlecht before injuries in quick succession to Aymeric Laporte and John Stones saw Guardiola’s centre-back choices significantly reduced.

But Guardiola – who has been playing defensive midfielder Fernandinho at the back alongside Nicolas Otamendi – insists that he will not be bringing in back-up when the transfer window reopens in a few months time.

When asked by Soccer Saturday, he said: “That is not my business but in January, we are not going to buy because we don’t have money to pay a huge amount in the summer so we cannot do it in winter.

“We are going to stick to the players we have, with [Taylor] Harwood-Bellis and Eric [Garcia] and with the new players in the academy. We have young, talented players and we can count on them.

“Vinny [Kompany] was an incredible personality and he was incredibly helpful to me and the whole club, but he decided to go to Anderlecht and we have to move forward. That is what it is and so far, it has been perfect.”