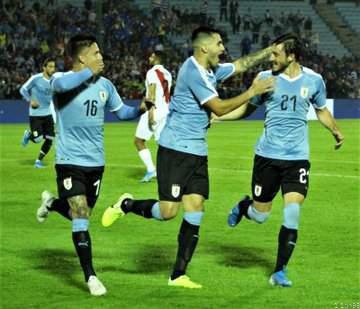 Brian Rodriguez scored the winner as Uruguay defeated Peru 1-0 in an international friendly at Estadio Centenario on Friday.

Los Angeles FC winger Rodriguez finished a flowing move in the 17th minute after Brian Lozano’s pass inside was helped on by Matias Vecino in Montevideo.

It was a second goal in three senior international appearances for Rodriguez, which helped La Celeste exact some revenge on Peru – who eliminated Uruguay on penalties in the quarter-finals of this year’s Copa America.

With no Luis Suarez or Edinson Cavani available to face Peru, Rodriguez made his presence felt as he drove home from inside the area to cap a fine Uruguay performance in the first half.

Copa America finalists Peru lifted their intensity to improve after the restart but failed to register a shot on target over the 90 minutes, even though they rallied late on after both teams had made numerous changes.