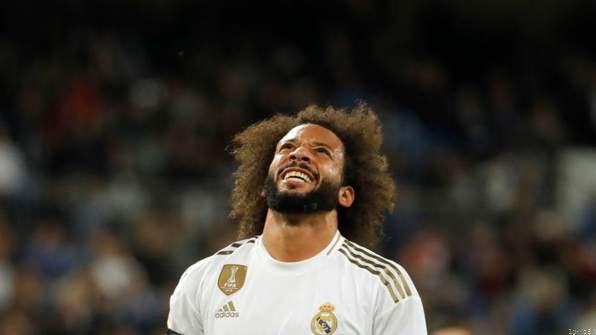 Marcelo has revealed that he suffered from an anxiety attack before playing the 2018 Champions League final against Liverpool.

The Brazilian insisted that, despite winning four previous Champions League trophies, the pressure on him and Real Madrid was massive that night.

“I couldn’t breathe. I was trying not to panic,” Marcelo told the Players’ Tribune.

“This was in the dressing room right before the Champions League final against Liverpool in 2018.

“It felt like I had something stuck in my chest. This huge pressure. Do you know that feeling? I am not talking about nerves. Nerves are normal in football. This was something different.

“I am telling you, brother, it felt like I was suffocating.

“I was thinking only of the match. It was funny, actually, because my wife, *Clarice* , gets so mad at me for biting my nails, and she finally got me to stop a few years ago.

“But I woke up the morning of the final, and all my nails were gone.

“A little bit of nerves is normal in football. I don’t care who you are, if you’re not feeling anxious before playing in a final, you’re not a real person.

“When I finally stepped onto the grass, I was still having trouble breathing, and I thought, ‘if I have to die out here tonight, f*** it. I’ll die.”